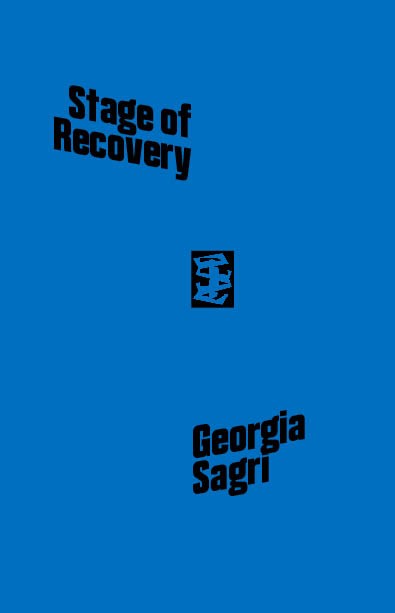 Close to spiritual anarchism, Georgia Sagri’s writing happens in the heat of negotiation. Starting in the months leading up to the occupation of Zuccotti Park in 2011, which became the movement for people’s self-governance known as Occupy, this book carries the energy and commitment of open struggle, direct address, self-organisation and public assembly. It is a critique of representation and its implicit oblivion, told through a decade of artistic and activist practice. The writing is a mode of recovery, it is pre-content shared to encourage open processes in art, thinking and action.

Georgia Sagri (born Athens, 1979) lives and works in Athens and New York. Her practice is influenced by her ongoing engagement in political movements and struggles on issues of autonomy, empowerment and self-organisation. From 1997 to 2001 she was a member of Void Network, a cultural, political and philosophical collective operating in Athens. In 2011 she was one of the main organisers of the Occupy Wall Street movement in New York. Since 2013 she has been a member of the assembly of the Embros Theatre Occupation, and in 2014 she initiated Ύλη[matter]HYLE, a semi-public cultural space in the heart of Athens. She is professor of performance at the Athens School of Fine Arts.

Insightful, passionate, flowing and jarring. Stage of Recovery is a creative journey that invites the reader to reflect on and reimagine society.

This book proposes a singular bio-aesthetic, an original way of living with each other, against the ever more delirious diktats of planetary techno-capitalism. Sagri’s is an extraordinary example of a practice where, as with the Situationists, art becomes indiscernible from politics.

I am convinced that Sagri's thinking in action is ultimately dedicated to the empowerment of the mass corporeality of the nameless, and to self-recovery from psychosomatic pains suffered in this world of hell.

Stage of Recovery observes a decade of revolutionary animism. There is no score of absolute ethics, the subject is made in anarchy. Her presence pulses in sustained relation.

Sagri captures affects of anti-capitalist resistance invisible within much political writing. When she writes she uses the whole wall (and climbs over it), reminds us of our powerful, vulnerable bodies, and does not shy away from paradox. Her highly personal practice (‘Don’t call it politics’) at Ύλη[matter]HYLE once offered important clarity in my own life – may her book reach all those who cannot stand on the balcony.

What the Fire Sees What the Fire Sees

Divided was incorporated in 2018. There were two books that drove this decision: Ian White’s Here Is Information. Mobilise. and Douglas Crimp’s Before Pictures (both 2016). Both transcribe unvalidated states and formations, which makes you feel a different life is plausible, because it is in fact already here, unvalidated. Reading this writing, you sink into its rhythm and then keep searching for it. The rhythm was the message.

What the fire sees, the vision of the thing that produces light, is a primal thought and a reverse perspective. Wanting to know outcomes in advance – desiring a guarantee before the show – is a conservative position as it can only rely on established systems of value. Old modes, old institutions guarantee one’s legibility while breaking intuition. Forecasting is precisely the opposite of politics and what we believe is important in shared work: a risk taken together because things can be done differently.

Then how can difference not be a consumer choice? Conflicting positions are not a form of entertainment or titillation to be leveraged. Instead they make a case for what it means to remain torn, complex, unconsolidated, and for that to be a ground. In this book, we are trying to make an architecture like this, with no world-building aspiration. The market singles one out as a consumer only, harnesses desire and makes it personal. It’s a sham and a bad rehearsal: desire is not connected to any single choice, it functions in the mutual realm.

Sontag’s advice to a writer was to find a limb and go out on it. This was a way of speaking about form. If the unknown and emancipatory aspect of words is calibrated by the consensus of neoliberalism, there can be no limbs. We are interested in writing as a medium that decouples the grip of the status quo from the words themselves: putting everything in movement, disrupting patterns of thought and freeing (trusting) the reader. A kind of writing that has let go of the need for control.

Divided we fall, but where do we land? This collection explores some of the grounds on which thinking and writing can begin again.

Many of the writings in this book remind me of times when I seek something to save myself from destruction. These are texts for the thing that comes before protecting yourself from capture or dampening any pain.

Divided Publishing show themselves willing to question the intellectual status quo and the ways in which it is maintained. Let this reader create much chaos.